Steve Caballero (born November 8, 1964) is a professional skateboarder, and has been skating since 1976. Caballero began his skating career at age 12, shredding up many local skate parks. Within three years, he started to gravitate more towards the competitive side of skateboarding, placing 5th in his very first real competition. This got him noticed by Stacy Peralta, who offered to sponsor Caballero through his Powell Peralta brand. Caballero then became pro a year later, and at the end of 1999, he was recognized as the greatest skater of the 20th Century. 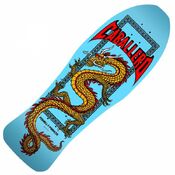 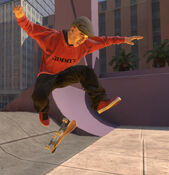 Retrieved from "https://tonyhawkgames.fandom.com/wiki/Steve_Caballero?oldid=17762"
Community content is available under CC-BY-SA unless otherwise noted.