Skate Heaven is a level featured in Tony Hawk's Pro Skater 2. This level is set in outer space. It is presumably the last level the player will unlock in the game, as you must 100% the career with every character in the game, aside from Private Carrera. Skate Heaven is an amalgam of a variety of real life skating spots, although they float on islands, and fictional items like the giant volcano (presumably the entrance to Skate Hell) are present in the level. Skate Heaven's contents are exactly what the level describes, dream skating spots, compiled together and peppered with fictional areas. Staples of this level are the giant center volcano, Tony Hawk's "house", the infamous Carlsbad Staircase, and much more. Another memorable thing about this level is its scary, demonic announcer, who lets you know exactly how he feels, often bellowing things like "You Suck!" or Laughing evilly after falling into the void of space. There is also a secret skatepark in this level, accessible by jumping into the volcano while it is rumbling.

The playground section of the level is removed. 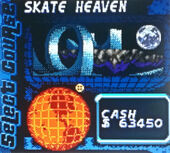 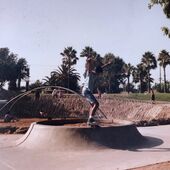 Old school photo of the park

Retrieved from "https://tonyhawkgames.fandom.com/wiki/Skate_Heaven?oldid=17748"
Community content is available under CC-BY-SA unless otherwise noted.