Paul Rodriguez (born December 31, 1984), also known by his nickname P-Rod, is an American professional street skateboarder and actor. Rodriguez has won a total of eight medals at the X Games, four of them gold, with the most recent first place victory occurring in Los Angeles, California, United States in July 2012. He didn't make it to the most recent street league because he didn't make the prelims. P-rod is a father and had a big impact on the skate scene. 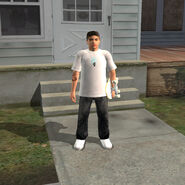 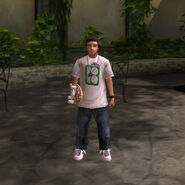 Paul Rodriguez in THAW
Add a photo to this gallery

Retrieved from "https://tonyhawkgames.fandom.com/wiki/Paul_Rodriguez?oldid=15212"
Community content is available under CC-BY-SA unless otherwise noted.