The Oil Rig is a level originally featured in Tony Hawk's Pro Skater 3, exclusive to owners of the Xbox version of the game. It was brought back in American Wasteland as a part of the game's storyline. The level has a heavy focus on verticality, and numerous rails scattered throughout make it a grinding heaven as well.

The origin of this level is unknown. It features typical oil rig environment including helipads, drills, cranes, tankers, multi-level platforms and elevators, which makes it hard to recognize any specific location.

In THAW Oil Rig is located near the Santa Monica. However is not clear if it is the original location of the level or it was relocated to fit the storyline. 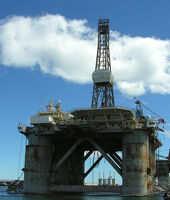 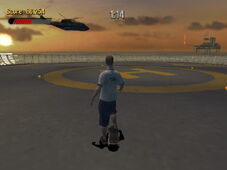 Helicopter near the Helipad 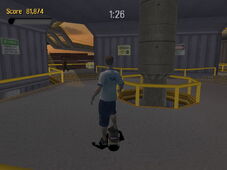 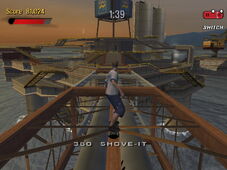 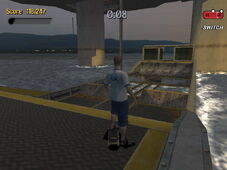 Barge on the bottom level 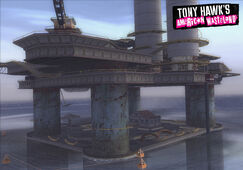 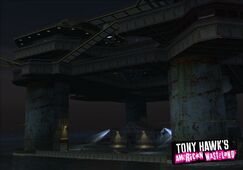 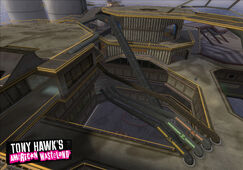 Retextured middle area in THAW.
Add a photo to this gallery

Retrieved from "https://tonyhawkgames.fandom.com/wiki/Oil_Rig?oldid=12266"
Community content is available under CC-BY-SA unless otherwise noted.