Moscow is the eighth level in Tony Hawk's Underground and the capital of the Russian Federation. This level is a major turning point in the story and the final international level in Story Mode in THUG; as the next and final level marks a return to the protagonist's hometown in New Jersey.

The level is set at Moscow Kremlin, which is the seat of the Russian Government, and formerly the Soviet Union until 1991. It features a lot of Moscow landmarks:

Red Square in the game

Cathedral Square in the game

Manezhnaya/Kaluga Squares in the game 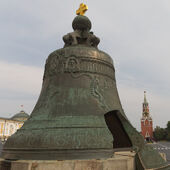 The other side of Moscow river