Vallely was born in Edison, New Jersey and resides in Long Beach, CA. He is the singer in the hardcore band Revolution Mother and in the punk rock band Mike V & the Rats. He also sang for Black Flag on their 2003 reunion shows in Los Angeles. He was the singer for the part of the show where the band played the entire My War album. He is on the Element Skateboards team as a pro skater. Vallely was featured in the popular Tony Hawk's Pro Skater video game series. Vallely is also a big fan of the NHL's Anaheim Ducks, as he writes a blog on the Ducks' official website. Vallely also has a wife Ann and two children, Emily and Lucy.

Mike Vallely is famous for his usage of hands in skateboarding, and his MikeV Boneless - a fast 540 Boneless. 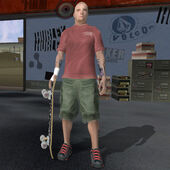 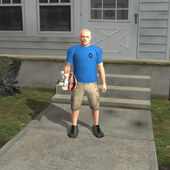 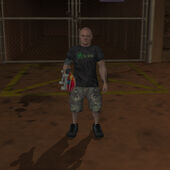 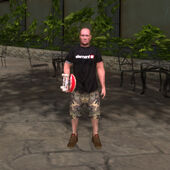 Mike V's in Proving Ground.
Add a photo to this gallery

Retrieved from "https://tonyhawkgames.fandom.com/wiki/Mike_Vallely?oldid=18053"
Community content is available under CC-BY-SA unless otherwise noted.