The level environment is mostly inspired by financial district of Los Angeles. For example the skatepark area in the center of the level is mainly Pershing Square with Biltmore Hotel next to it, at the beginning of the level there is Central Library. On the right there is City National Plaza, which appears to be moved to the Alley of Fame. ARCO Rails can be found right behind it. There is Hollywood sign as well on the hill outside the level. The Havgas car wash is based on Downtown Car Wash.

There are plenty of Los Angeles skyscrapers in the level including The U.S Bank Tower, Citigroup Center, Gas Company Tower, AON Center and twin towers at City National Plaza. 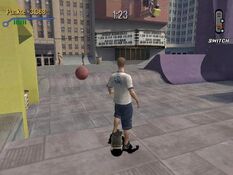 Pershing square in the game. 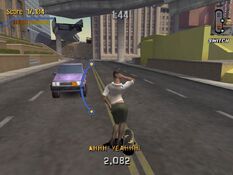 Private Carrera is dancing in the middle of the road 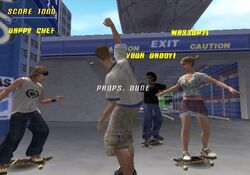 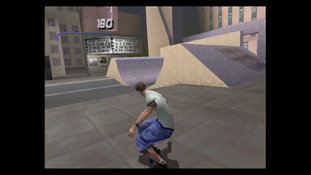 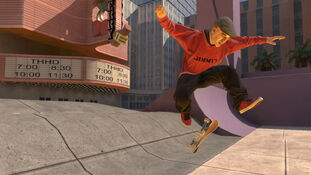 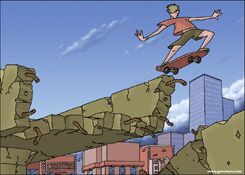 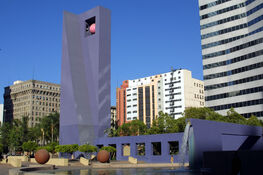 Pershing Square as it is. 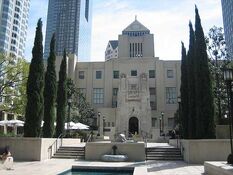 Central Library is a bit wider in real life, but the area in front of it shares the similiar shape. 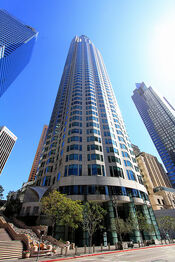 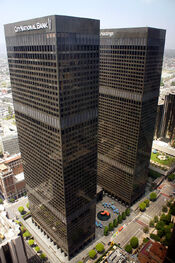 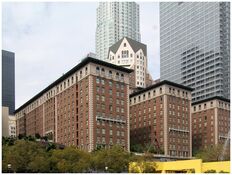 Biltmore Hotel contains 3 sections whereas in THPS3 only 2 sections remain. 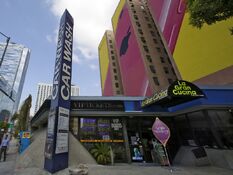 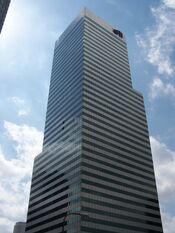 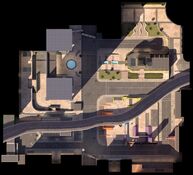 LA map in THPSHD
Add a photo to this gallery

Retrieved from "https://tonyhawkgames.fandom.com/wiki/Los_Angeles_(THPS3)?oldid=15374"
Community content is available under CC-BY-SA unless otherwise noted.