London is the sixth level in Tony Hawk's Pro Skater 4.

London is based on the real life city of London, capital of Great Britain. Some of the notable featured landmarks include:

To start the "Slapper" minigame go to the Southbank area below the road in the underpass. Talk to the pimp to start the minigame. You must pick the girl on the left or the girl on the right to win the game. The game chooses the winner randomly so it's just a game of odds until you win. You can repeat the game for money five times and earn $100 per win for a total of $500. 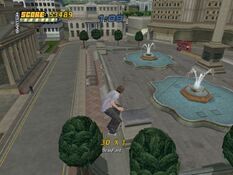 Bam Margera above the Trafalgar 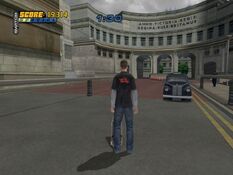 Admiralty Arch in the game. You may notice the black London Cab as well 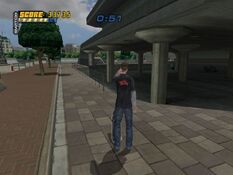 Southbank Undercroft in the game 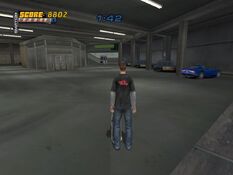 Parking lot. There is a blue car that looks like Dodge Viper 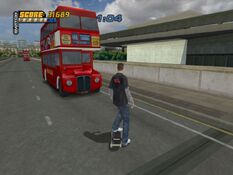 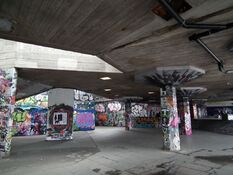 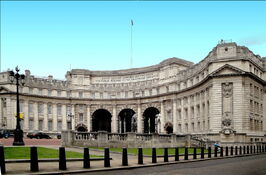 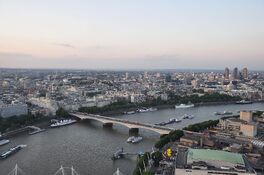