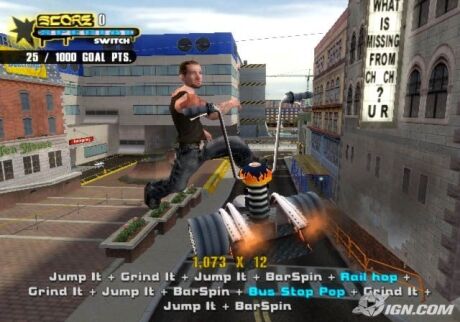 Jesse Gregory James (born April 19, 1969) is an American entrepreneur and television personality. He is the founder of West Coast Choppers and current CEO of Austin Speed and Jesse James Firearms Unlimited, both based in Austin, Texas. He was the focus of a show chronicling some of the custom motorcycle builds in his TV series Jesse James: Outlaw Garage, which ran a shortened single season in 2012 on the Discovery Channel before being canceled.

He is a guest character in Tony Hawk's Underground 2 as a playable character in Boston and seen giving the player a motorized skateboard in Skatopia before Bigfoot steals it.

Retrieved from "https://tonyhawkgames.fandom.com/wiki/Jesse_James?oldid=17744"
Community content is available under CC-BY-SA unless otherwise noted.