Downhill is a level originally featured in Tony Hawk's Pro Skater 3 exclusively for the N64 and PS1. It was eventually ported to the Xbox and PS2 versions of Tony Hawk's Project 8, although the styling of the level was changed quite a bit.

In the original level, the setting was Rio De Janeiro, Brazil, which was apparent because of the statue O Cristo Redentor towering over the stage, whereas in Project 8, it is removed, and you are just placed into a nameless mountain community. Another strange change made to the level in Project 8 is that they removed the skatepark with bowls, rails, and halfpipes that you would reach after the long downhill descent, and opted for a house floating in the middle of a body of water. In both games, the level is unlocked after completing the career, although, in Pro Skater 3, it was a free skate level, in Project 8, however, it has a Classic Goal Challenge List of ten rather obscure goals. The level was always very mysterious and vague, and like most other downhill oriented ideas, it wasn't well recieved by fans.

The statue section is gone and replaced with a wall. The background is removed entirely with a black void, and the skater cannot go off the level from there as it acts as a wall. 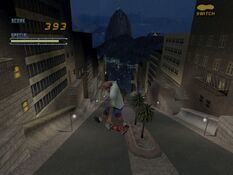 Above the slope street 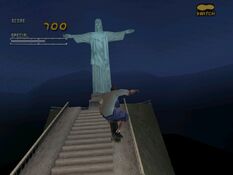 Christ the Redemeer at the beginning of the level 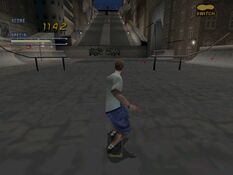 Small skatepark at the end of the level 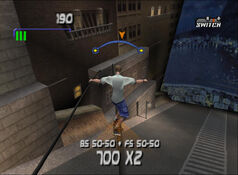 Grinding a wire overlooking the steep slalom of Downhill 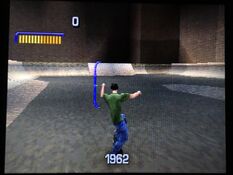 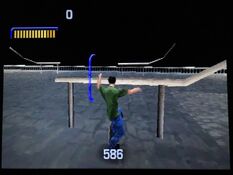 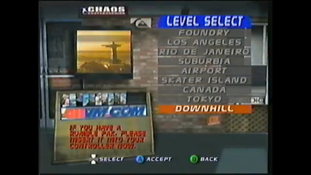 Image in the N64 level select 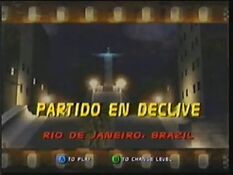 N64 load screen
Add a photo to this gallery

Retrieved from "https://tonyhawkgames.fandom.com/wiki/Downhill_(THPS3)?oldid=15364"
Community content is available under CC-BY-SA unless otherwise noted.